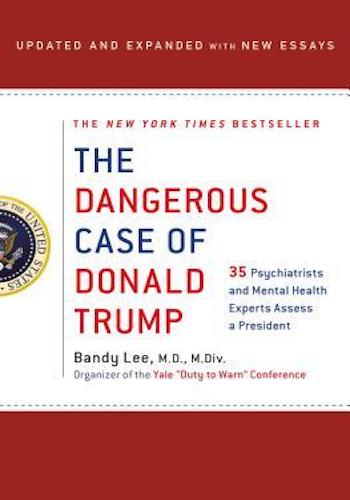 The Dangerous Case of Donald Trump: 37 Psychiatrists and Mental Health Experts Assess a President – Updated and Expanded with New Essays

书籍简介：As this bestseller predicted, Trump has only grown more erratic and dangerous as the pressures on him mount. This new edition includes new essays bringing the book up to date—because this is still not normal.

Originally released in fall 2017,The Dangerous Case of Donald Trump was a runaway bestseller. Alarmed Americans and international onlookers wanted to know: What is wrong with him?

That question still plagues us. The Trump administration has proven as chaotic and destructive as its opponents feared, and the man at the center of it all remains a cipher.

Constrained by the APA’s “Goldwater rule,” which inhibits mental health professionals from diagnosing public figures they have not personally examined, many of those qualified to weigh in on the issue have shied away from discussing it at all. The public has thus been left to wonder whether he is mad, bad, or both.

The prestigious mental health experts who have contributed to the revised and updated version ofThe Dangerous Case of Donald Trump argue that their moral and civic “duty to warn” supersedes professional neutrality. Whatever affects him, affects the nation: From the trauma people have experienced under the Trump administration to the cult-like characteristics of his followers, he has created unprecedented mental health consequences across our nation and beyond. With eight new essays (about one hundred pages of new material), this edition will cover the dangerous ramifications of Trump’s unnatural state.
It’s not all in our heads. It’s in his.