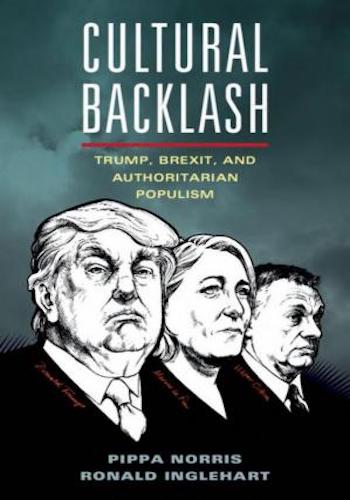 书籍简介：Authoritarian populists have disrupted politics in many societies, as exemplified by Donald Trump in the U.S. and Brexit in the UK. Authoritarian populist parties have gained votes and seats in many countries, and entered government in states as diverse as Austria, Italy, the Netherlands, Poland, and Switzerland.

Across Europe, their average share of the vote in parliamentary elections remains limited but it has more than doubled since the 1960s and their share of seats tripled. Even small parties can still exert tremendous ‘blackmail’ pressure on governments and change the policy agenda, as demonstrated by UKIP’s role in catalyzing Brexit.

The danger is that populism undermines public confidence in the legitimacy of liberal democracy while authoritarianism actively corrodes its principles and practices.

This book sets out a general theory explaining polarization over the cultural cleavage dividing social liberals and social conservatives in the electorates and how these values translate into support for Authoritarian-Populist parties and leaders in the U.S. and Europe. The conclusion highlights the dangers to liberal democracy arising from these developments and what could be done to mitigate the risks.