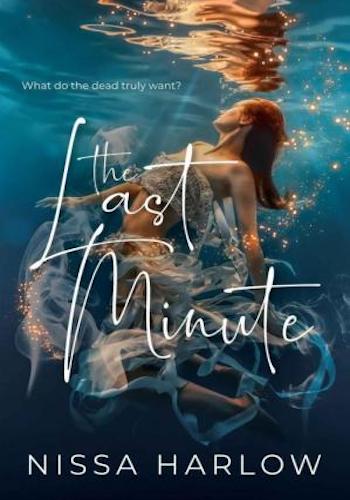 书籍简介： This ghost doesn’t have a clue. The last year of high school can be rough for anyone, but it’s especially hard when you’ve recently lost your twin sister. On top of her grief, Ivy has to contend with a new (old) house, an unfamiliar school, a minor accident in gym class, and a seemingly haunted bedroom. And that’s just in the first week!
When Ivy meets Kemp, a classmate who’s also lost a sibling, she knows she’s found someone who can relate. But it soon becomes clear that Kemp is connected to the ghosts who visit her every night to replay their deaths on her bedroom floor. His brother, Austin, is among them, and he seems to want something. Unfortunately for all of them, he’s not sure what that is . . . and he’s not going anywhere until someone figures it out.

As Ivy and Kemp attempt to unravel the mystery of the gruesome visions, their relationship is pushed to its limits, and both of them may be forced to confront the ghosts of the past if they want to have any hope of a future.

A Night of Flames