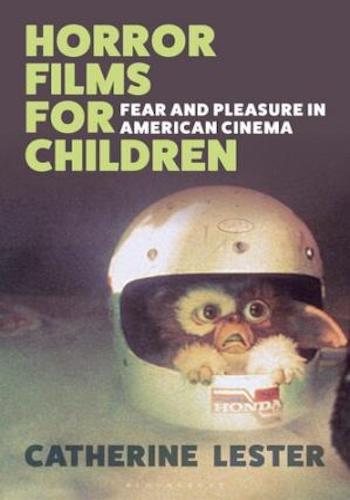 Horror films for children : fear and pleasure in American cinema

书籍简介：For much of its history, children’s literature has been overlooked or looked down on by scholars. But in recent years children’s literature has assumed greater importance, as literary critics, psychologists, anthropologists, and historians have begun to discover what children and parents haveknown for centuries: that this is a literature of extraordinary richness, depth, and delight. The Encyclopedia captures and elucidates this richness in four volumes and 3,200 signed entries. It offers comprehensive coverage of children’s literature, from medieval chapbooks of moral instruction for children to J. K. Rowling’s immensely popular Harry Potter books. Unlike other references, theEncyclopedia not only documents but also interprets every work, major and minor, that has played a role in the history of children’s literature in the world. General essays illuminate prominent trends, themes, genres, and the traditions of children’s literature in many countries. In addition, theEncyclopedia provides biographies of important writers, as well as extensive coverage of illustrators with numerous examples of their work. Sociocultural developments such as the impact of toys, films, animation, the Internet, literacy, libraries and librarians, censorship, the multiculturalexpansion of the field, and other issues related to the appreciation and dissemination of children’s literature are also addressed.While the Encyclopedia concentrates on the tradition known best by its readership, it also covers the international development of children’s literature and offers an unprecedented treatment of works from Australia, Canada, New Zealand, India, Pakistan, African countries, and other nations. Its over800 distinguished contributors come from around the world and include such renowned scholars and writers as Gillian Avery, Peter Hunt, Klaus Doderer, Hansa Heino Ewers, Jean Perrot, Denise Escarpit, Brian Alderson, and Betsy Gould Hearne.A-Z organization, accessible writing, plentiful illustrations, cross-references, bibliographies, a comprehensive index and a systematic outline make the Encyclopedia an invaluable and easy-to-use research reference.