Skip to content
Home » 英语电子书 » The Physics of Skiing: Skiing at the Triple Point 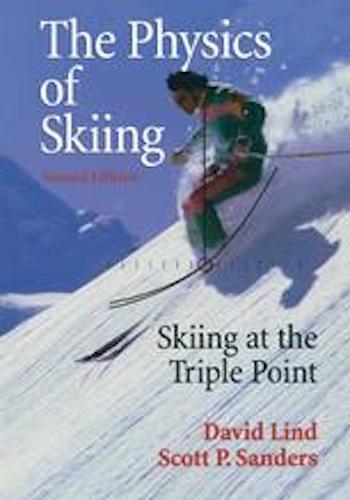 The Physics of Skiing: Skiing at the Triple Point

书籍英文名: The Physics of Skiing: Skiing at the Triple Point

书籍简介：Just over ten years ago when the first drafts of this book were being written, and even more so a few years after that as it was making its way through the publication process, alpine skiing was experiencing what eventually became a complete revolution in equipment and tech­ nique: “shaped” or “parabolic” skis completely took over the market, and even relatively beginning skiers expected to carve graceful turns as they schussed down the slopes. Re-reading our work with an eye to revision, we have been surprised to see how our focus on the physics of skiing in the first edition al­ lowed us to recognize the fundamental importance of what were then quite novel changes in equipment and technique. The essence of the enhancement offered by shaped skis is their greater sidecut radius. Our original discussion (then and now in Chapters 3 and 4) of the crucial role that a ski’s sidecut plays in carving a turn caused us to write, for the most part, as if the shaped ski had always been in existence. Sim­ ilarly, our interest in the geometry ofthe sidecut allowed us to discuss snowboards in some detail as well, for the key to their ability to “shred” down the mountain is their deep sidecut.