Skip to content
Home » 英语电子书 » The Art of Finding Nemo 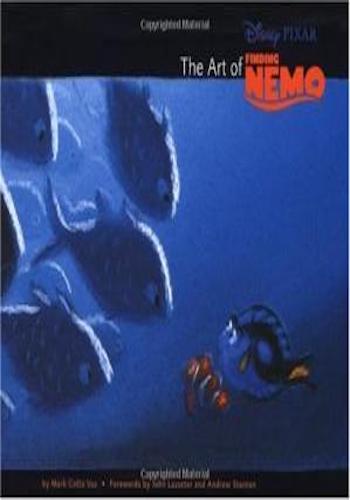 The Art of Finding Nemo

书籍英文名: The Art of Finding Nemo

书籍简介：Pixar Animation Studios, the Academy Awardwinning creators of Toy Story, Toy Story 2, A Bugs Life, and Monsters, Inc., are bringing a new animated movie, Finding Nemo, to the screen this summer. This visually stunning underwater adventure follows eventful and comic journeys of two fish-a father and his son Nemo-who become separated in the Great Barrier Reef. The underwater world for the film was conceptualized and developed by the creative team of artists, illustrators, and designers at Pixar, resulting in a lush landscape rich with detail. The Art of Finding Nemo celebrates their talent, featuring concept and character sketches, storyboards, and lighting studies in a huge spectrum of media, from five-second sketches to intricate color pastels. This behind-the-scenes odyssey invites the reader into the elaborate creative process of animation films through interviews with all the key players at Pixar. There will be childrens books related to Finding Nemo, but no adult titles other than this definitive volume. Revealing, insightful, and awesomely creative, The Art of Finding Nemo will delight film-goers, artists, and animation fans alike.

The art of The Incredibles

The Art of the Lion King

The art of Up