Skip to content
Home » 英语电子书 » The Long Way to a Small, Angry Planet 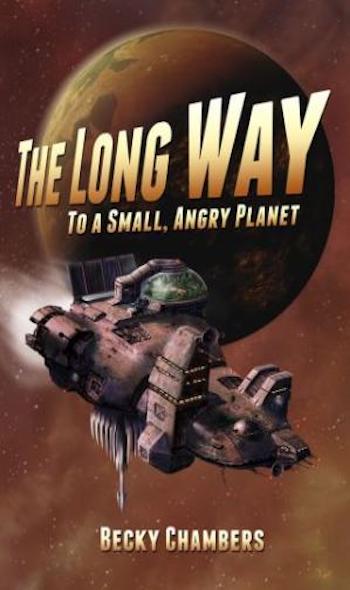 The Long Way to a Small, Angry Planet

书籍英文名: The Long Way to a Small, Angry Planet

Follow a motley crew on an exciting journey through space—and one adventurous young explorer who discovers the meaning of family in the far reaches of the universe—in this light-hearted debut space opera from a rising sci-fi star.

Rosemary Harper doesn’t expect much when she joins the crew of the aging Wayfarer. While the patched-up ship has seen better days, it offers her a bed, a chance to explore the far-off corners of the galaxy, and most importantly, some distance from her past. An introspective young woman who learned early to keep to herself, she’s never met anyone remotely like the ship’s diverse crew, including Sissix, the exotic reptilian pilot, chatty engineers Kizzy and Jenks who keep the ship running, and Ashby, their noble captain.