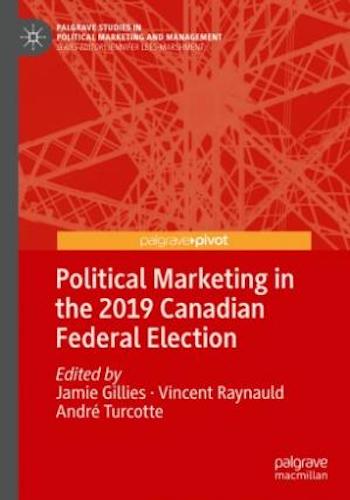 书籍简介： This book explores the 2019 Canadian Federal Election through a political marketing framework. Justin Trudeau’s leadership appeal, coupled with the differentiation of Canadian politics from American politics over recent elections, has contributed to a spike in interest for politics in the Canadian context. This collection provides in-depth quantitative and qualitative research of different aspects of this election, including the attempted re-branding of the Conservative Party under Andrew Scheer, the marketing of the NDP with the selection of the first visible minority party leader in Canadian history, the political marketing of the Bloc Québécois, Green Party, and People’s Party and, foremost perhaps, the brand maintenance of Trudeau and the Liberal Party of Canada. The book also looks at campaign marketing, and considers how the parties in this election utilized market intelligence, consumer data and vote targeting, and wedge issues during the campaign.