Skip to content
Home » 英语电子书 » Daughter of the Moon Goddess 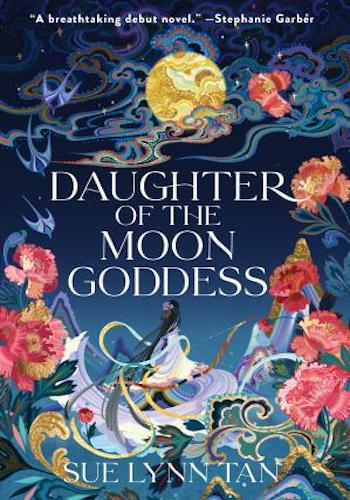 Daughter of the Moon Goddess

书籍英文名: Daughter of the Moon Goddess

书籍简介：A captivating debut fantasy inspired by the legend of the Chinese moon goddess, Chang’e , in which a young woman’s quest to free her mother pits her against the most powerful immortal in the realm and sets her on a dangerous path—where choices come with deadly consequences, and she risks losing more than her heart.
Growing up on the moon, Xingyin is accustomed to solitude, unaware that she is being hidden from the powerful Celestial Emperor who exiled her mother for stealing his elixir of immortality. But when Xingyin’s magic flares and her existence is discovered, she is forced to flee her home, leaving her mother behind.