Skip to content
Home » 英语电子书 » The Liars’ Club: A Memoir 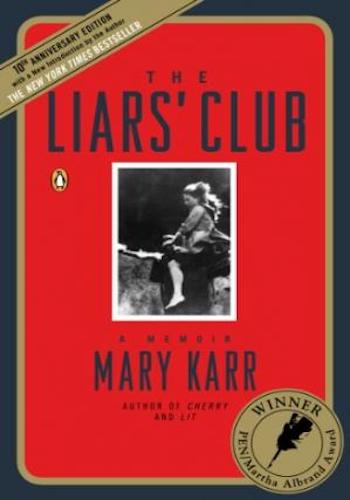 The Liars’ Club: A Memoir

书籍英文名: The Liars’ Club: A Memoir

书籍简介：When it was published in 1995, Mary Karr’s The Liars’ Club took the world by storm and raised the art of the memoir to an entirely new level, as well as bringing about a dramatic revival of the form. Karr’s comic childhood in an east Texas oil town brings us characters as darkly hilarious as any of J. D. Salinger’s—a hard-drinking daddy, a sister who can talk down the sheriff at twelve, and an oft-married mother whose accumulated secrets threaten to destroy them all. Now with a new introduction that discusses her memoir’s impact on her family, this unsentimental and profoundly moving account of an apocalyptic childhood is as “funny, lively, and un-put-downable” (USA Today) today as it ever was

The immortal life of Henrietta Lacks

The Kid Stays in the Picture: A Notorious Life

The Last Lone Inventor: A Tale of Genius, Deceit, and the Birth of Television