Skip to content
Home » 英语电子书 » Short Nights of the Shadow Catcher: The Epic Life and Immortal Photographs of Edward Curtis 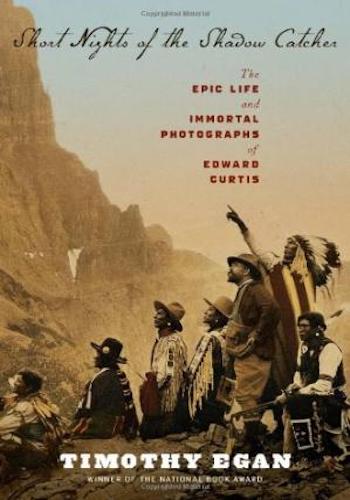 Short Nights of the Shadow Catcher: The Epic Life and Immortal Photographs of Edward Curtis

书籍英文名: Short Nights of the Shadow Catcher: The Epic Life and Immortal Photographs of Edward Curtis

书籍简介：How a lone man’s epic obsession led to one of America’s greatest cultural treasures: Prizewinning writer Timothy Egan tells the riveting, cinematic story behind the most famous photographs in Native American history — and the driven, brilliant man who made them.
Edward Curtis was charismatic, handsome, a passionate mountaineer, and a famous photographer, the Annie Leibovitz of his time. He moved in rarefied circles, a friend to presidents, vaudeville stars, leading thinkers. And he was thirty-two years old in 1900 when he gave it all up to pursue his Great Idea: to capture on film the continent’s original inhabitants before the old ways disappeared.

Narrative of the Life of Frederick Douglass, an American Slave Written by Himself