Skip to content
Home » 英语电子书 » Dreams from My Father: A Story of Race and Inheritance 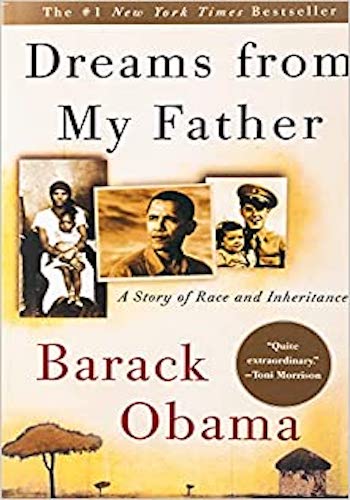 Dreams from My Father: A Story of Race and Inheritance

书籍英文名: Dreams from My Father: A Story of Race and Inheritance

书籍简介：In this lyrical, unsentimental, and compelling memoir, the son of a black African father and a white American mother searches for a workable meaning to his life as a black American. It begins in New York, where Barack Obama learns that his father—a figure he knows more as a myth than as a man—has been killed in a car accident. This sudden death inspires an emotional odyssey—first to a small town in Kansas, from which he retraces the migration of his mother’s family to Hawaii, and then to Kenya, where he meets the African side of his family, confronts the bitter truth of his father’s life, and at last reconciles his divided inheritance. Pictured in lefthand photograph on cover: Habiba Akumu Hussein and Barack Obama, Sr. (President Obama’s paternal grandmother and his father as a young boy). Pictured in righthand photograph on cover: Stanley Dunham and Ann Dunham (President Obama’s maternal grandfather and his mother as a young girl).

Darkness Visible: A Memoir of Madness

De Profundis and Other Prison Writings
Dorothy Parker: What Fresh Hell Is This?