Skip to content
Home » 英语电子书 » The Red Rooster Cookbook: The Story of Food and Hustle in Harlem 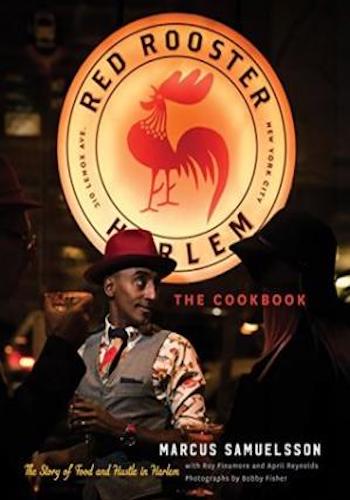 The Red Rooster Cookbook: The Story of Food and Hustle in Harlem

书籍英文名: The Red Rooster Cookbook: The Story of Food and Hustle in Harlem

When the James Beard Award-winning chef Marcus Samuelsson opened Red Rooster on Malcolm X Boulevard in Harlem, he envisioned more than a restaurant. It would be the heart of his neighborhood and a meet-and-greet for both the downtown and the uptown sets, serving Southern black and cross-cultural food. It would reflect Harlem’s history. Ever since the 1930s, Harlem has been a magnet for more than a million African Americans, a melting pot for Spanish, African, and Caribbean immigrants, and a mecca for artists.  These traditions converge on Rooster’s menu, with Brown Butter Biscuits, Chicken and Waffle, Killer Collards, and Donuts with Sweet Potato Cream. They’re joined by global-influenced dishes such as Jerk Bacon and Baked Beans, Latino Pork and Plantains, and Chinese Steamed Bass and Fiery Noodles. Samuelsson’s Swedish-Ethiopian background shows in Ethiopian Spice-Crusted Lamb, Slow-Baked Blueberry Bread with Spiced Maple Syrup, and the Green Viking, sprightly Apple Sorbet with Caramel Sauce.  Interspersed with lyrical essays that convey the flavor of the place and stunning archival and contemporary photos,The Red Rooster Cookbookis as layered as its inheritance.

The Omnivore’s Dilemma: A Natural History of Four Meals

The Pioneer Woman Cooks: Come and Get It! Simple, Scrumptious Recipes for Crazy Busy Lives