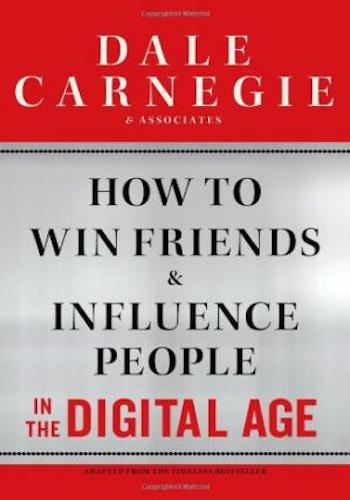 How to Win Friends and Influence People in the Digital Age

书籍英文名: How to Win Friends and Influence People in the Digital Age

DALE CARNEGIE’s commonsense approach to communicating has endured for a century, touching millions and millions of readers. The only diploma that hangs in Warren Buffett’s office is his certificate from Dale Carnegie Training. Lee Iacocca credits Carnegie for giving him the courage to speak in public. Dilbert creator Scott Adams called Carnegie’s teachings “life-changing”.

In today’s world, where more and more of our communication takes place across wires and screens, Carnegie’s lessons have not only lasted but become all the more critical. Though he never could have predicted technology’s trajectory, Carnegie proves a wise and helpful teacher in this digital landscape. To demonstrate the many ways his lessons remain relevant, Dale Carnegie & Associates, Inc., has reimagined his prescriptions and his advice for this difficult digital age. We may communicate today with different tools and with greater speed, but Carnegie’s advice on how to communicate, lead, and work efficiently remains priceless across the ages.

Getting to Yes: Negotiating Agreement Without Giving In

Give and Take: A Revolutionary Approach to Success

Good to great: why some companies make the leap–and others don’t