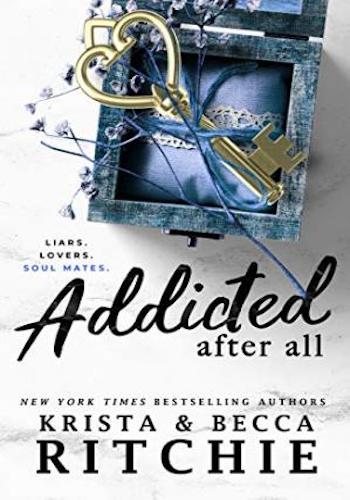 书籍简介：Two addicts. One epic love story.Prepare for the worst.That’s what Lily and Lo try to do when Jonathan Hale schedules an “important” meeting. The problem: after being swept into the public eye and battling their addictions, they’re not sure what the worst is anymore.In a sea of many changes–including Ryke & Daisy living with them–Lily realizes that the best part of her fluctuating hormones might just be the worst.Her sex drive is out of control.Loren knows that she’s insatiable, but he’s not giving up on her. She’s too much a part of him. And as he carries more and more responsibility, some of the people that he loves doubt his resolve.In the conclusion to their love story, Lily & Lo stand side-by-side to fight, one last time, for their happily ever after.—-The Addicted Series is now complete and perfect for binge-readers!1. Addicted to You2. Ricochet3. Addicted for Now4. Thrive5. Addicted After All