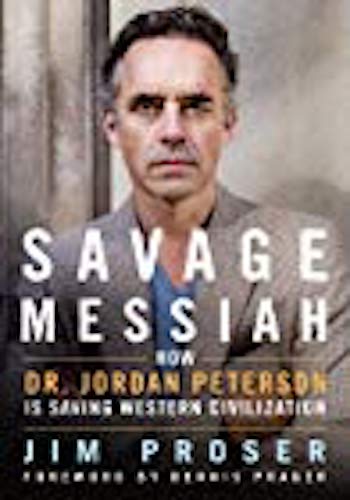 Who is psychologist, professor, bestselling author, and YouTube personality Dr. Peterson? What does he believe in? Who are his followers? And why is he so controversial? These are among the many questions raised in this compelling, exhaustively researched account of his life–from Peterson’s early days as a religious-school student in small-town Canada to his tenure at Harvard to his headline-making persona of the present day.

InSavage Messiah, we meet an adolescent Peterson who, scoffing at the “fairy tales” being taught in his confirmation class, asks his minister how it’s possible to believe the Bible in light of modern scientific theory. Unsatisfied with the answer he’s been given, Peterson goes on to challenge other authority figures who stood in his way as he dared to define the world in his own terms. This won Peterson many enemies and more admirers than he could have dreamed of, particularly during the digital era, when his nontraditional views could be widely shared and critically discussed. Still, a fall from grace was never far behind.

Peterson had always preached the importance of free speech, which he believed was essential to finding life-saving personal meaning in our frequently nihilistic world. But when he dismissed Canadian parliament Bill C-16, one that compelled the use of newly-invented pronouns to address new gender identities, Peterson found himself facing a whole new world. Students targeted him as a gender bigot. Conservatives called him their hero. Soon Peterson was fixed firmly at the center of the culture wars–and there was no turning back.

With exclusive interviews of Dr. Peterson, as well as conversations with his family, friends, and associates, this book reveals the heart and mind, teachings and practices, of one of the most provocative voices of our time.

The Gulag Archipelago Volume 1: An Experiment in Literary Investigation

Maps of Meaning: The Architecture of Belief