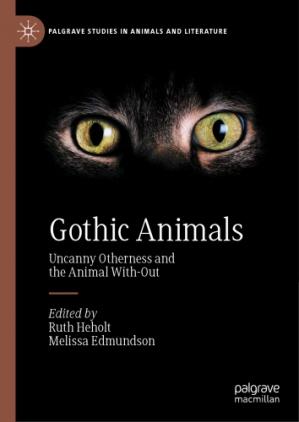 书籍简介：This book begins with the assumption that the presence of non-human creatures causes an always-already uncanny rift in human assumptions about reality. Exploring the dark side of animal nature and the ‘otherness’ of animals as viewed by humans, and employing cutting-edge theory on non-human animals, eco-criticism, literary and cultural theory, this book takes the Gothic genre into new territory. After the dissemination of Darwin’s theories of evolution, nineteenth-century fiction quickly picked up on the idea of the ‘animal within’. Here, the fear explored was of an unruly, defiant, degenerate and entirely amoral animality lying (mostly) dormant within all of us. However, non-humans and humans have other sorts of encounters, too, and even before Darwin, humans have often had an uneasy relationship with animals, which, as Donna Haraway puts it, have a way of ‘looking back’ at us. In this book, the focus is not on the ‘animal within’ but rather on the animal ‘with-out’: other and entirely incomprehensible.