Skip to content
Home » 英语电子书 » No Visible Bruises: What We Don’t Know About Domestic Violence Can Kill Us 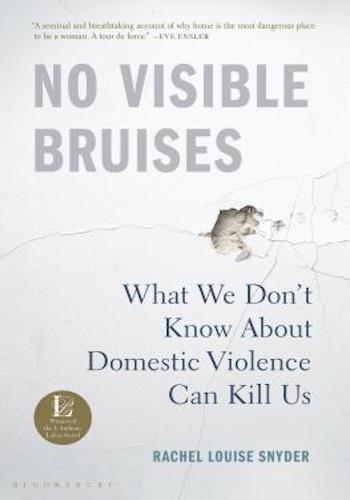 No Visible Bruises: What We Don’t Know About Domestic Violence Can Kill Us

书籍英文名：No Visible Bruises: What We Don’t Know About Domestic Violence Can Kill Us

书籍简介：An award-winning journalist’s intimate investigation of the true scope of domestic violence, revealing how the roots of America’s most pressing social crises are buried in abuse that happens behind closed doors.

We call it domestic violence. We call it private violence. Sometimes we call it intimate terrorism. But whatever we call it, we generally do not believe it has anything at all to do with us, despite the World Health Organization deeming it a “global epidemic.” In America, domestic violence accounts for 15 percent of all violent crime, and yet it remains locked in silence, even as its tendrils reach unseen into so many of our most pressing national issues, from our economy to our education system, from mass shootings to mass incarceration to #MeToo. We still have not taken the true measure of this problem.

InNo Visible Bruises, journalist Rachel Louise Snyder gives context for what we don’t know we’re seeing. She frames this urgent and immersive account of the scale of domestic violence in our country around key stories that explode the common myths-that if things were bad enough, victims would just leave; that a violent person cannot become nonviolent; that shelter is an adequate response; that violence inside the home is separate from other forms of violence like mass shootings, gang violence, and sexual assault. Through the stories of victims, perpetrators, law enforcement, and reform movements from across the country, Snyder explores not only the dark corners of private violence, but also its far-reaching consequences for society, and what it will take to truly address it.

Say Nothing: A True Story of Murder and Memory in Northern Ireland

The Club: Johnson, Boswell, and the Friends Who Shaped an Age