Skip to content
Home » 英语电子书 » The End of Her 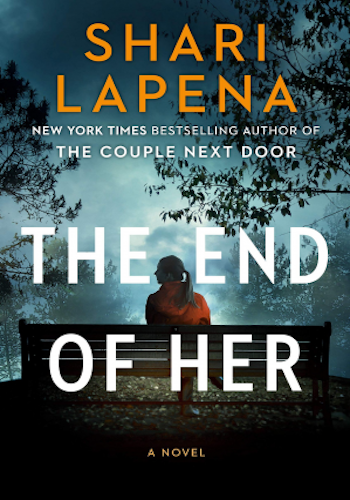 The End of Her

书籍英文名： The End of Her

书籍简介：AN INSTANT NEW YORK TIMES BESTSELLER! “The End of Her will keep you guessing right up to the end . . . once you pick it up, you will not want to put down.”–USA Today The new domestic suspense novel from the New York Times bestselling author of The Couple Next Door and Someone We Know A long-ago accident–and a visitor from out of the blue. . . Stephanie and Patrick are adjusting to life with their colicky twin girls. The babies are a handful, but even as Stephanie struggles with the disorientation of sleep deprivation, there’s one thing she’s sure of: she has all she ever wanted. Then Erica, a woman from Patrick’s past, appears and makes a disturbing accusation. Patrick had always said his first wife’s death was an accident, but now Erica claims it was murder. Patrick insists he’s innocent, that this is nothing but a blackmail attempt. Still, Erica knows things about Patrick–things that make Stephanie begin to question her husband. Stephanie isn’t sure what, or who, to believe. As Stephanie’s trust in Patrick begins to falter, Patrick stands to lose everything. Is Patrick telling the truth–is Erica the persuasive liar Patrick says she is? Or has Stephanie made a terrible mistake? How will it end?

All This Could Be Yours

Her Mother’s Lies: A gripping psychological thriller with a stunning twist