Skip to content
Home » 英语电子书 » A Great Reckoning: A Novel 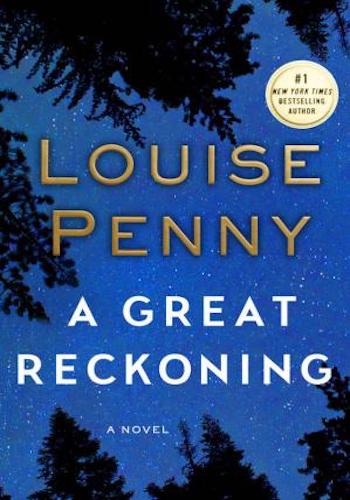 书籍简介：Instant New York Times bestseller:#1 in Hardcover Fiction#1 in E-book Fiction#1 in Combined Print and E-book Fiction”Deep and grand and altogether extraordinary….Miraculous.”—The Washington Post”Artful…Powerful…Magical.”- The New York Times Book Review”Superb”- People“A Great Reckoning succeeds on every level.”—St. Louis Post-Dispatch#1 New York Times bestselling author Louise Penny pulls back the layers to reveal a brilliant and emotionally powerful truth in her latest spellbinding novel.When an intricate old map is found stuffed into the walls of the bistro in Three Pines, it at first seems no more than a curiosity. But the closer the villagers look, the stranger it becomes.Given to Armand Gamache as a gift the first day of his new job, the map eventually leads him to shattering secrets. To an old friend and older adversary. It leads the former Chief of Homicide for the Sûreté du Québec to places even he is afraid to go. But must.And there he finds four young cadets in the Sûreté academy, and a dead professor. And, with the body, a copy of the old, odd map. Everywhere Gamache turns, he sees Amelia Choquet, one of the cadets. Tattooed and pierced. Guarded and angry. Amelia is more likely to be found on the other side of a police line-up. And yet she is in the academy. A protégée of the murdered professor.The focus of the investigation soon turns to Gamache himself and his mysterious relationship with Amelia, and his possible involvement in the crime. The frantic search for answers takes the investigators back to Three Pines and a stained glass window with its own horrific secrets.For both Amelia Choquet and Armand Gamache, the time has come for a great reckoning.

All the Devils Are Here