Skip to content
Home » 英语电子书 » 英语电子书|How Not to Make a Short Film: Secrets from a Sundance Programmer 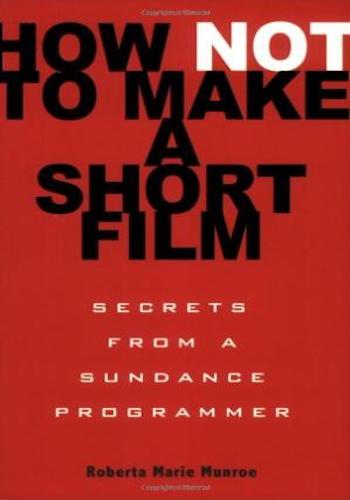 英语电子书|How Not to Make a Short Film: Secrets from a Sundance Programmer

书籍英文名：How Not to Make a Short Film: Secrets from a Sundance Programmer

书籍简介：“Roberta Munroe is that rare person in the film world who can not only recognize an inspired, great film, but she can actually help you make one.” –Mark Duplass, Sundance and SXSW award-winning filmmaker. “Roberta Munroe is brilliant. Her advice and insights on our project, The Tribe, from rough cut to completed film were instrumental and invaluable to its success. It is exciting to think that all filmmakers will have access to her incredible mind and experience through this book.” –Tiffany Shlain, award-winning filmmaker Anyone can make a short film, right? Just grab some friends and your handheld and you can do it in a weekend or two before being accepted to a slew of film festivals, right? Wrong. Roberta Munroe screened short film submissions at Sundance for five years, and is an award-winning short filmmaker in her own right. So she knows a thing or two about how not to make a short film. From the first draft of your script to casting, production, editing, and distribution, this is your one-stop primer for breaking into the business. Featuring interviews with many of today’s most talented writers, producers, and directors, as well as revealing stories (e.g., what to do when the skinhead crack addict next door begins screaming obscenities as soon as you call “action”) from the sets of her own short films, Roberta walks you through the minefield of mistakes that an aspiring filmmaker can make–so that you don’t have to make them yourself.

英语电子书|Producing and Directing the Short Film and Video, Fourth Edition