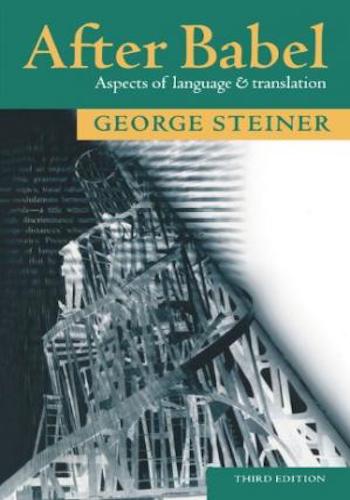 书籍简介：When it first appeared in 1975, After Babel created a sensation, quickly establishing itself as both a controversial and seminal study of literary theory. In the original edition, Steiner provided readers with the first systematic investigation since the eighteenth century of the phenomenology and processes of translation both inside and between languages. Taking issue with the principal emphasis of modern linguistics, he finds the root of the “Babel problem” in our deep instinct for privacy and territory, noting that every people has in its language a unique body of shared secrecy. With this provocative thesis he analyzes every aspect of translation from fundamental conditions of interpretation to the most intricate of linguistic constructions. For the long-awaited second edition, Steiner entirely revised the text, added new and expanded notes, and wrote a new preface setting the work in the present context of hermeneutics, poetics, and translation studies. This new edition brings the bibliography up to the present with substantially updated references, including much Russian and Eastern European material. Like the towering figures of Derrida, Lacan, and Foucault, Steiner’s work is central to current literary thought. After Babel, Third Edition is essential reading for anyone hoping to understand the debates raging in the academy today.

英语电子书|The Deficit Myth: Modern Monetary Theory and the Birth of the People’s Economy

英语电子书|The Priory of the Orange Tree