Skip to content
Home » 英语电子书 » 英语电子书|Blockchain Revolution: How the Technology Behind Bitcoin and Other Cryptocurrencies is Changing the World 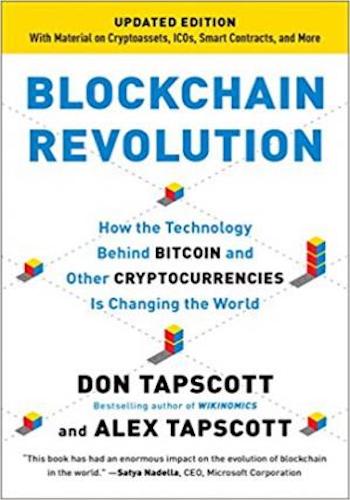 英语电子书|Blockchain Revolution: How the Technology Behind Bitcoin and Other Cryptocurrencies is Changing the World

书籍英文名：Blockchain Revolution: How the Technology Behind Bitcoin and Other Cryptocurrencies is Changing the World

Blockchain is the ingeniously simple technology that powers Bitcoin. But it is much more than that, too. It is a public ledger to which everyone has access, but which no single person controls. It allows for companies and individuals to collaborate with an unprecedented degree of trust and transparency. It is cryptographically secure, but fundamentally open. And soon it will be everywhere.

In Blockchain Revolution, Don and Alex Tapscott reveal how this game-changing technology will shape the future of the world economy, dramatically improving everything from healthcare records to online voting, and from insurance claims to artist royalty payments. Brilliantly researched and highly accessible, this is the essential text on the next major paradigm shift. Read it, or be left behind.

Don Tapscott is one of the most influential living theorists about business and society. He is the bestselling author of Wikinomics, The Digital Economy, and a dozen other acclaimed books about tech­nology, business, and society.

Alex Tapscott is the CEO and founder of Northwest Passage Ventures, an advisory firm building blockchain companies. Previously, he worked for seven years in investment banking in New York and Toronto.

英语电子书|Cryptocurrency Master: Everything You Need To Know About Cryptocurrency and Bitcoin Trading, Mining, Investing, Ethereum, ICOs, and the Blockchain