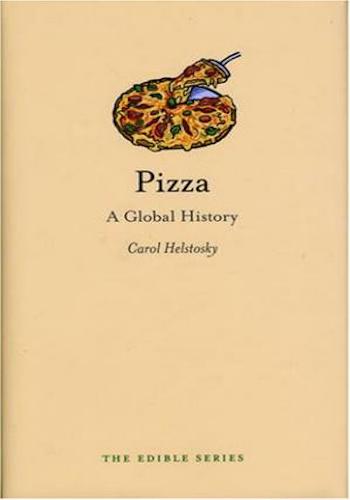 书籍简介：You can pick Chicago deep dish, Sicilian, or New York-style; pan crust or thin crust; anchovies or pepperoni. There are countless ways to create the dish called pizza, as well as a never-ending debate on the best way of cooking it. Now Carol Helstosky documents the fascinating history and cultural life of this chameleon-like food in Pizza. Originally a food for the poor in eighteenth-century Naples, the pizza is a source of national and regional pride as well as cultural identity in Italy, Helstosky reveals. In the twentieth century, the pizza followed Italian immigrants to America, where it became the nation’s most popular dish and fueled the rise of successful fast-food corporations such as Pizza Hut and Domino’s. Along the way, Helstosky explains, pizza has been adapted to local cuisines and has become a metaphor for cultural exchange. Pizza also features several recipes and a wealth of illustrations, including a photo of the world’s largest and most expensive pizza—sprinkled with edible 24-karat gold shavings and costing over $4000.   Whether you love sausage and onions on your pizza or unadorned cheese, Pizza has enough offerings to satiate even the pickiest of readers.  (20080714)