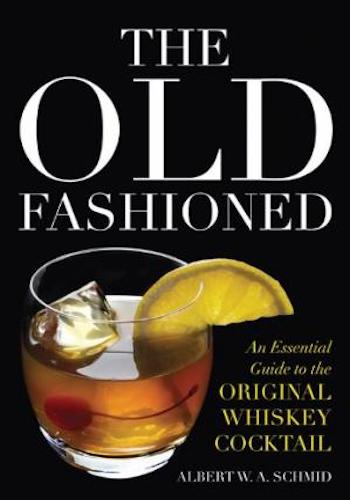 书籍简介：American tavern owners caused a sensation in the late eighteenth century when they mixed sugar, water, bitters, and whiskey and served the drink with rooster feather stirrers. The modern version of this “original cocktail,” widely known as the Old Fashioned, is a standard in any bartender’s repertoire and holds the distinction of being the only mixed drink ever to rival the Martini in popularity.

In The Old Fashioned, Gourmand Award–winning author Albert W. A. Schmid profiles the many people and places that have contributed to the drink’s legend since its origin. This satisfying book explores the history of the Old Fashioned through its ingredients and accessories — a rocks glass, rye whiskey or bourbon, sugar, bitters, and orange zest to garnish — and details the cocktail’s surprising influence on the Waldorf-Astoria Hotel and the Broadway musical scene, as well as its curious connection to the SAT college entrance examination. Schmid also considers the impact of various bourbons on the taste of the drink and reviews the timeless debate about whether to muddle.

This spirited guide is an entertaining and refreshing read, featuring a handpicked selection of recipes along with delicious details about the particularities that arose with each new variation. Perfect for anyone with a passion for mixology or bourbon, The Old Fashioned is a cocktail book for all seasons.